When introduced, RFAs added some areas to the reserve system, lifted controls on export woodchipping and intensified native forest logging. The Commonwealth accredited state laws and processes for logging approvals and agreed to compensate the states if it took a conservation action that restricts logging.

Ten RFAs were signed between 1997 and 2001 covering forest regions in NSW, Victoria, Tasmania and WA. They are due to expire between 2017 and 2021 and can only be extended with the agreement of the Commonwealth and each state government.

RFAs are founded on an inter-governmental agreement made in 1992 - the National Forest Policy Statement (NFPS). In it all Australian governments agree, amongst other things, to conserve “the full suite” of forest values for current and future generations. They commit to the conservation of the biological diversity associated with forests, particularly endangered and vulnerable species and communities. They commit to protecting places of cultural significance to Aboriginal people.

RFAs claim to have complied with environmental legislation current when they were signed in the 1990s but incorporate few unambiguous safeguards for managing logging and its impacts. An exception is the performance review to be completed every five years but these required reviews have generally not been completed on time or at all.

During the third five-year review the parties to an RFA - the Commonwealth and state governments - can agree a process for extending the RFA beyond 20 years. As the RFAs reach their end dates between 2017 and 2021, governments are negotiating behind closed doors to extend them. Tasmania and the Commonwealth signed what amounts to a re-written RFA in August 2017, effectively making it perpetual. WA and NSW followed suit in 2018. The Victorian RFAs expire on 31 March 2020.

Administratively - and tellingly - primary responsibility for RFAs lies with the Commonwealth Agriculture Department. Legally, RFAs are enabled under the Commonwealth logging law - the Regional Forest Agreements Act. The exemption from Commonwealth environmental scrutiny is through s38 of the Environment Protection and Biodiversity Conservation (EPBC) Act.

Queensland did not complete the process and has no RFA. 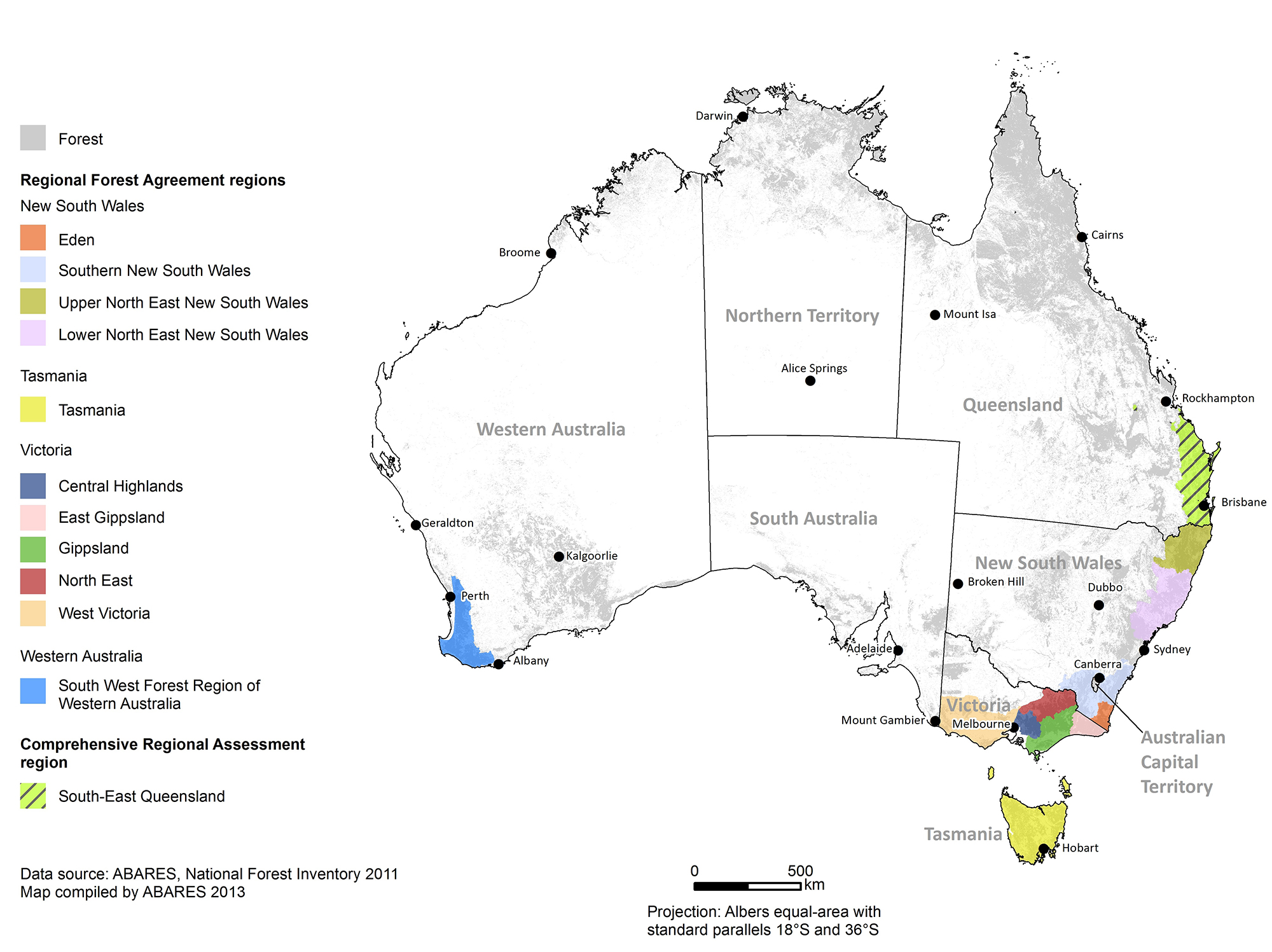 RFAs are enabled by the federal ‘logging law’ (Regional Forest Agreements Act 2002) together with the Commonwealth Environment Protection and Biodiversity Conservation (EPBC) Act.

What if there wasn’t an RFA?

Industries other than native forest logging don’t have an exemption from the federal EPBC Act.  They must comply with both state and federal legislation when seeking approval for mining, development, roads and other actions that are likely to have a significant impact on matters of national environmental significance.

If the RFA exemption expired or was abolished, proposed native forest logging would continue to require approval under state laws and processes but would also require EPBC approval if it was likely to impact on federally listed threatened species or other matters of national environmental significance.