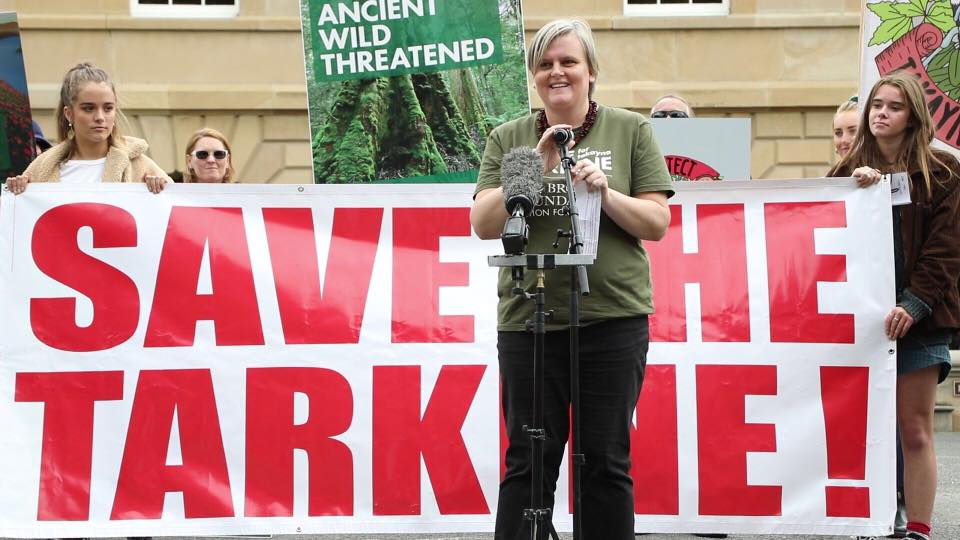 Around the country logging blockades and protests are happening and planned; a huge crowd turned out in Hobart to protect takayna/Tarkine in the run up to the Tasmanian election. Meanwhile the Victorian government sits on reported logging breaches by VicForests and the Great Forest National Park enters the Batman by-election

Thousands march in Hobart: a week out from the Tasmanian election, thousands marched on Sunday to protect takayna/Tarkine from logging, mining and the destruction of Aboriginal heritage by off-road vehicles. Labor and Liberal oppose protection for the Tarkine; the Greens will establish a national park.

Andrews government accused of 'impotent approach' to logging breaches: reported breaches of logging rules by VicForests (Victoria's state logging agency) up to two years old are still under investigation with no penalties applied. The breaches include rainforest logging in East Gippsland

Our Strathbogie Forest: VicForests is plundering Strathbogie forests for a quick buck and the lowest quality forest product - firewood. And it's in a stronghold of the threatened Greater Glider

Preserve our Forests Mirboo North: local forests are up for the chop and the community is fighting back

The hidden crisis in the south-west